Diary of a Landlocked Gringo Surfer in Mexico

Picture this. It’s 78 degrees, you’re sipping a Corona with lime, and munchin’ cheap-ass tacos. Where are you? You just pictured the playa, didn’t you. Well, you’re wrong. I just described my evening last night 650 km away from the nearest wave in Zihuatanejo.

I’ve been in Mexico City (Ciudad de Mexico,CDMX) for 45 out of my last 47 days and I’ve concluded it is bitchin’. I love it here. In fact, contrary to popular assumptions about yours truly, I love cities. Sleepy surf towns aren’t always my vibe. I love the buzz, the energy of a big city. I like seeing new faces, meeting new people, trying new foods, and chilling in new coffee shops. I love the stress of not knowing if I’m going to survive my bike ride to the gym because of the mad traffic. I love the pollution in the air. Okay no, the pollution sucks, but I love the options that a big city provides.

Maybe this bike ride adrenaline is my new fix because… drumroll please…. There’s no beach and I don’t know what the hell to do with myself. Also, there’s no ocean for me to orient myself towards so I’m always lost.

This ‘landlockedness’ has made me realize how ludicrous a surfers’ life is.

I got addicted to surfing at age 13. Little did I know that I’d have to structure my entire life around finding waves. What a drag. I’d have to spend ridiculous amounts of money to go find waves around the world just so I can live sanely.

It’s so annoying. It’s painful to think of how much cash I’ve spent on this glorified hobby. I’ve snapped how many boards now, and spent how much on plane tickets? The average surfer has it rough. Their stoke for surfing is just as great if not greater than that of a pro/sponsored surfer, but we gotta figure out how to schedule our day so we can get on it! Surfing is a priority for a surfer at any level, but unfortunately, rent still has to be paid and kids need to be fed. So we gotta get crafty in order to satisfy our eternal lust for waves.

I love seeing the different routes surfers take to avoid the weekend warrior lifestyle. It’s a constant battle of juggling/blowing-off responsibilities to go and find waves. A typical dialogue goes something like, “Okay so I have Tuesday — Thursday mornings off until 10. So I could surf a solid 2.5 hours before I have to get out, shit-shower-shave, grab a coffee and a donut, weave in traffic, and show up only 2 minutes late”. When waves are found, life is good and you’re satisfied for a brief 2 minutes until the hunger for more creeps back. If you miss it, that hunger turns into a raging fire that has the power to harm relationships and diminish work performance.

Missing your home break firing is a feeling similar to missing Grandma’s fresh-baked chocolate chip cookies. There’s only a small window to eat them while the chocolate chips are still moist and warm, but the cookie is firm enough to dunk in milk. Sure, they’re still going to be tasty later that day or the next, but you know you missed out on the good window. And most likely, them cookies are gonna be gone if you don’t make it in time cause they’re so damn good. Fire surf windows are often so short that if you press snooze just one extra time it could be gone. And unlike Grandma’s patented recipe for chocolate chip cookies, there’s never the same day of surf that rolls through twice. East coasters know it best with those short period hurricane windows that roll through and provide tasty brown barrels, only to be gone a couple hours later. That extra minute or two when you’re dreading the wet wetsuit could’ve been an extra wave. And boy if I had a nickel for the number of times I’ve gotten on it late just because I’ve just been dreading putting on a cold, wet wetsuit, I’d have enough pesos to fund a month of tacos.

So out of my 47 days in Mexico, 2 were spent in the beautiful/legendary Puerto Escondido. I felt her power and potential even though she wasn’t much over 5ft. The first day I got there I think I was in the water for 6–7 hours running on pure stoke. That wave is incredibly fast, hollow, and shallow and that morning provided the occasional good teepee that would roll through offering an almost makeable barrel with a nice beating. Sand was ingrained in my hair for at least a week after and it felt so good.

If you couldn’t tell, I was kidding earlier. Surfing has to be the greatest sport ever and I’m incredibly lucky to enjoy it. This landlocked experiment of mine is part of a scheme to enable me to surf more. I sure hope it works, because my frothometer is redlining and I’m craving anything from 8ft barrels to 1ft Doho.

Alright you non-landlocked readers, go do me a favor. Go get wet! Your excuses are invalid. 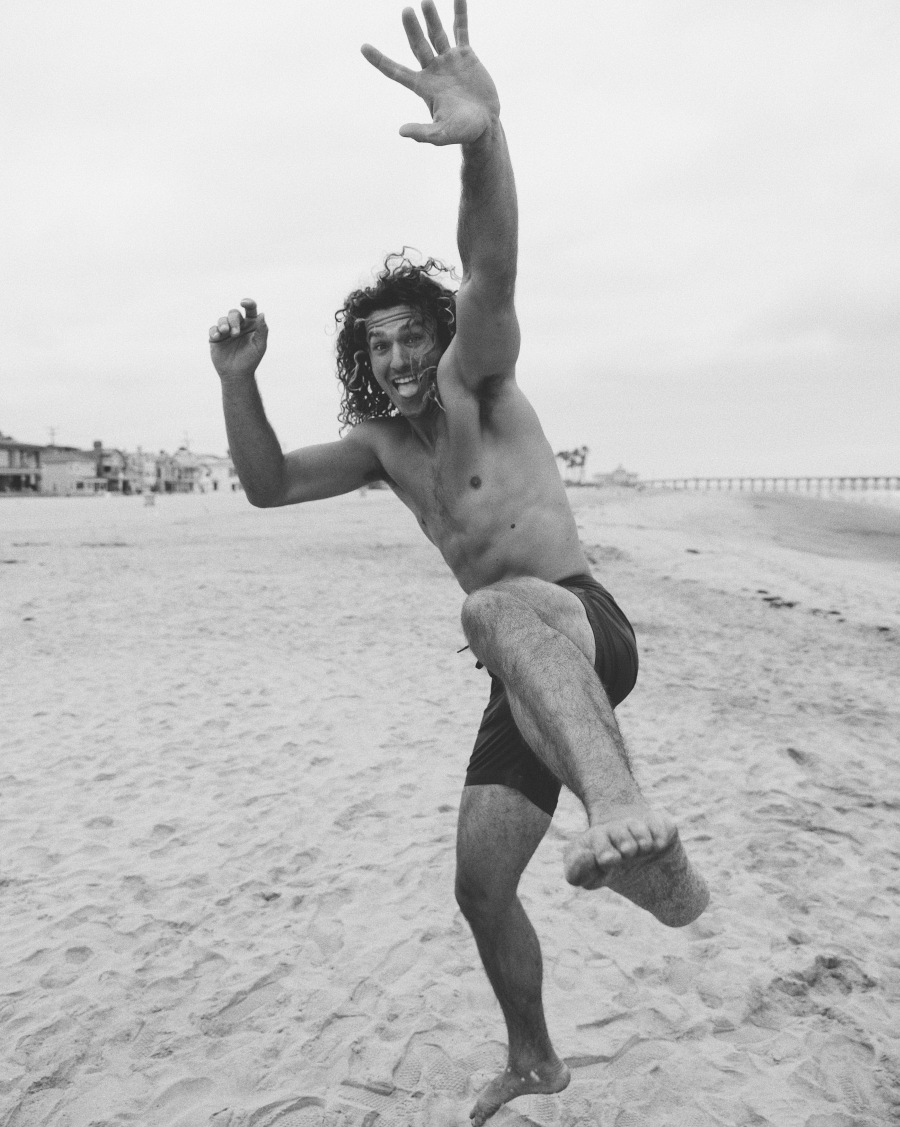 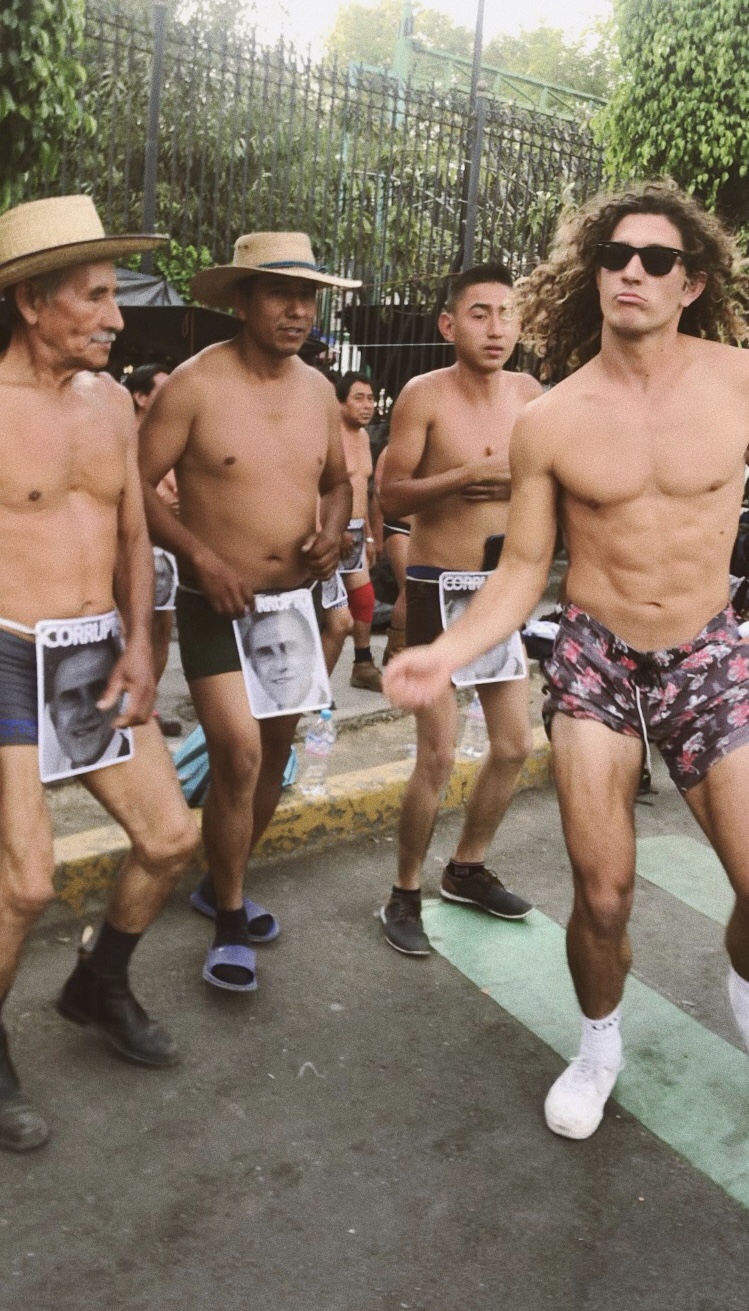